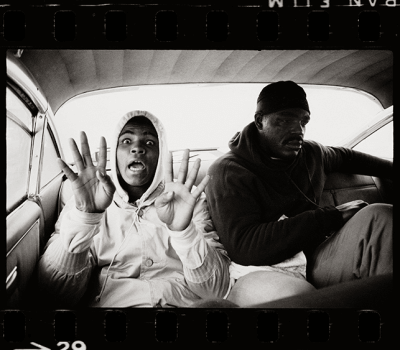 This time last year we were doing the above with Patrick Kluivert. A pretty amazing trip for a few of our listeners after our sneaky call to action below from last February.

We come bearing awesome exciting live show news – one of the greatest Dutch footballers of all time, Patrick Kluivert, is going to join us for an exclusive podcast interview later this month and we want twenty of our beloved Irish Times Second Captains listeners to join us and come and meet the man. The recording will take place on the morning of the Arsenal v Barcelona Champions League match, arguably the tie of the competition so far, on the 23rd February.

Kluivert is a proper Champions League legend, going all the way back to the goal that launched him into super-stardom – the winner for Ajax against Milan in the 1995 final. Later that year he demolished the Team That Jack Built in the playoff for the Euros at Anfield with two goals for Holland, before we got our revenge when he was one of four Dutch strikers trying to blow our house down in Lansdowne Road in 2001. After his time at Ajax there were spells at AC Milan, Barcelona, and throw in the fact that no-one knows Louis Van Gaal better – Kluivert played under van Gaal with club and country, and was assistant manager to LVG at the World Cup in Brazil – there’s oceans of stuff to talk about with one of the great strikers of the last 20 years.

But the Champions League made Kluivert’s name, and that Ajax team has gone down in history as one of the greatest club sides of all time. Can you think of a better team to win the Champions League? The Milan team they beat in that final in ‘95 had won it outright the previous year, beating Barcelona 4-0 in the final. Manchester United won the Treble in 1999, getting the better of Bayern Munich, Barcelona, Inter and Juventus on the way to ultimate success. Barcelona’s various iterations in the past 8 years (including the Messi-Suarez-Neymar wonder-team that won last year) would be many people’s choice but that Ajax squad of 1995 is undoubtedly difficult to top. We’re talking about all this because the Second Captains podcast will exclusively interview Patrick Kluivert on the morning of the Champions League match between Arsenal and Barcelona on February 23rd, in a secret location in Dublin city centre.

If you want to be there just email kluivert@secondcaptains.com with your name, your mate’s name (your plus one), a question you’d like to pose to Patrick, and also let us know your own greatest Champions League team of all-time and why. The Second Captains audience is limited to just 20 people so this is pretty intimate!