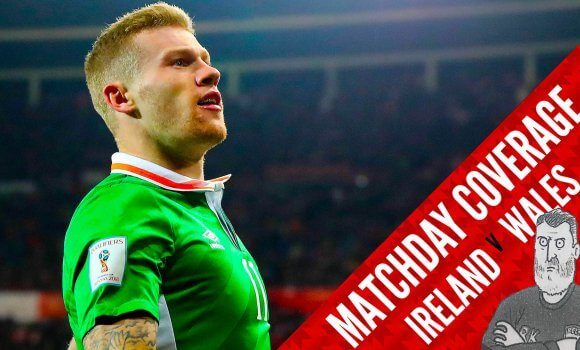 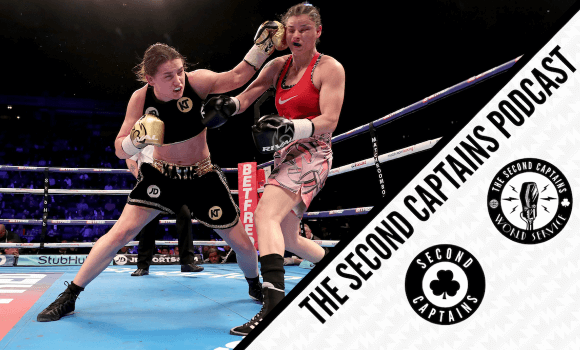 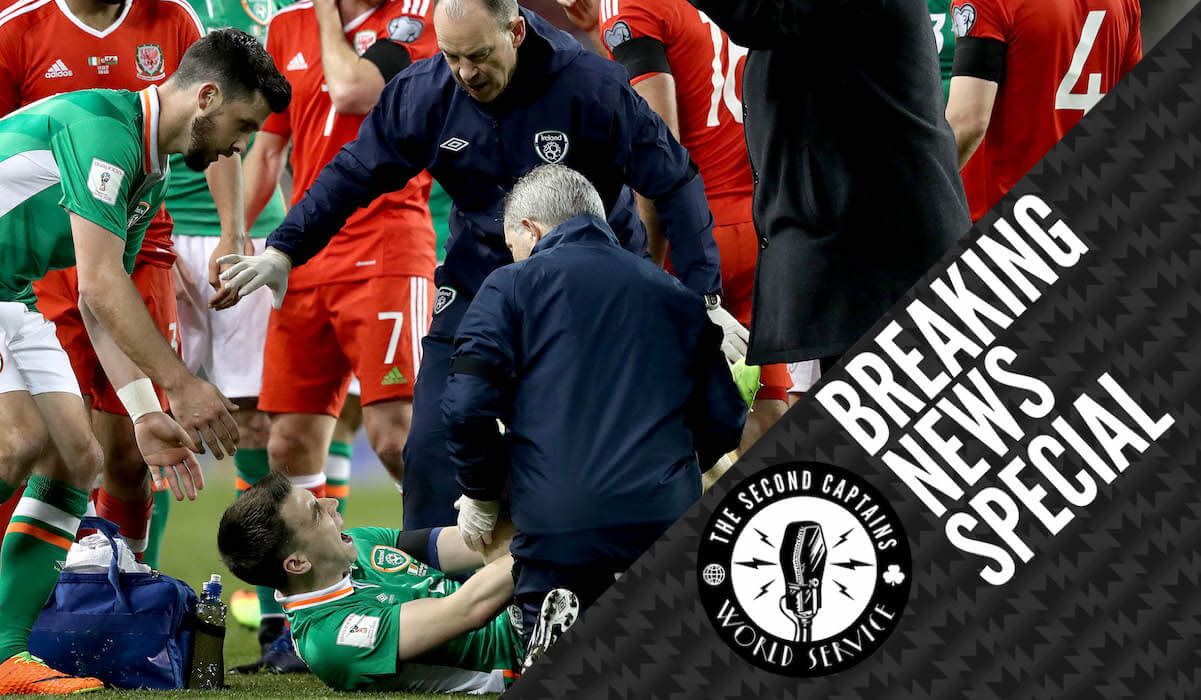 It’s a post-watershed edition of the Second Captains World Service! Ireland secured a 0-0 draw with Wales, in a game that the visitors controlled up until the sending off of Neil Taylor for a horrendous tackle on Seamus Coleman.

Ken points the finger of blame at the Italian referee for allowing Gareth Bale’s tackles moments before to go unpunished. Dion Fanning joins us from a testy Chris Coleman press conference, as he’s asked to justify his team’s robust approach. And we hear a bit of the latest instalment of the Richie Sadlier/Eamon Dunphy beef, as Eamon tries to convince us that elbows didn’t exist in football until 10 years ago.

the rules against violent challenges are there to stop bones getting broken. referees should start enforcing them https://t.co/v62ExGYGzj