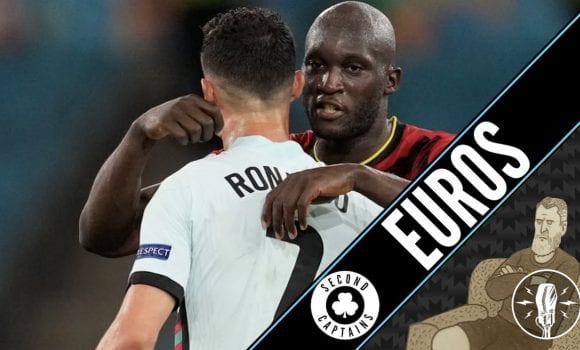 The All-Ireland championships began this weekend, but there weren’t exactly a surfeit of headlines… although 98 shots at goal in one hurling game is certainly newsworthy. We suggest a few rule changes to simplify the game. Stephen Cluxton played for his club on Saturday night, which indicates he might not be involved in Dublin’s first game of the Leinster championship next weekend – Ken wonders aloud if this sombre moment might stop the whingeing. Conor Murray has been named the new Lions captain after Alun Wyn Jones’ injury on Saturday, but is the tour still in danger of being derailed? Plus there’s Lukaku’s careless whisper and the staying power of shithousery.

This Is Getting Serious….