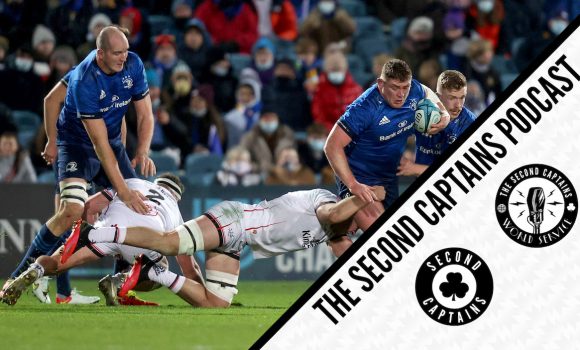 Keith Earls has been one of the standout Irish rugby players of his generation, and he’s been playing some of the best rugby we’ve seen him play for Munster and Ireland in the last few years, as he’s come into his mid-thirties. But, as he tells Richie today in the latest episode of the Player’s Chair, behind the scenes during that very same period he’s also experienced the sort of debilitating chronic pain that made him seriously consider retirement. Keith describes the effects this pain had on his career and his life outside rugby, how a Johann van Graan intervention made him reconsider retiring, and the transformation he’s experienced from having one good day a month to having one bad day a month today. Keith and Richie also talk about his decision to speak openly about his 2013 bipolar II diagnosis in his new autobiography, Fight or Flight, how he’s learned when his mood is about to change and how even a thirty-second chat about how he’s feeling with his wife or his teammates can help turn things around for him. Plus there’s relishing facing the Haka for the first time, playing without nerves and Eoin actually really enjoying a rugby autobiography.

Sincere and grateful thanks to everyone who has supported this book pre and post the publishing.
It's Keith Earls's story. I know of very few athletes in Irish sport who suffered for their art the way he did. My absolute respect for his courage and dignity and authenticity. https://t.co/IGSUX71Nbo

20 minutes of Ken Early back on @SecondCaptains and we’ve had a screed against pint drinking at games, a delightful explanation of what the cinnamon challenge is and a diversion into the song writing process of Paul McCartney. The best value €5 a month I spend.

This year, they won both by a point, and John McGrath scored both winners in a truly daft story https://t.co/5BySnMt6AK pic.twitter.com/Kg9qqeBIZc