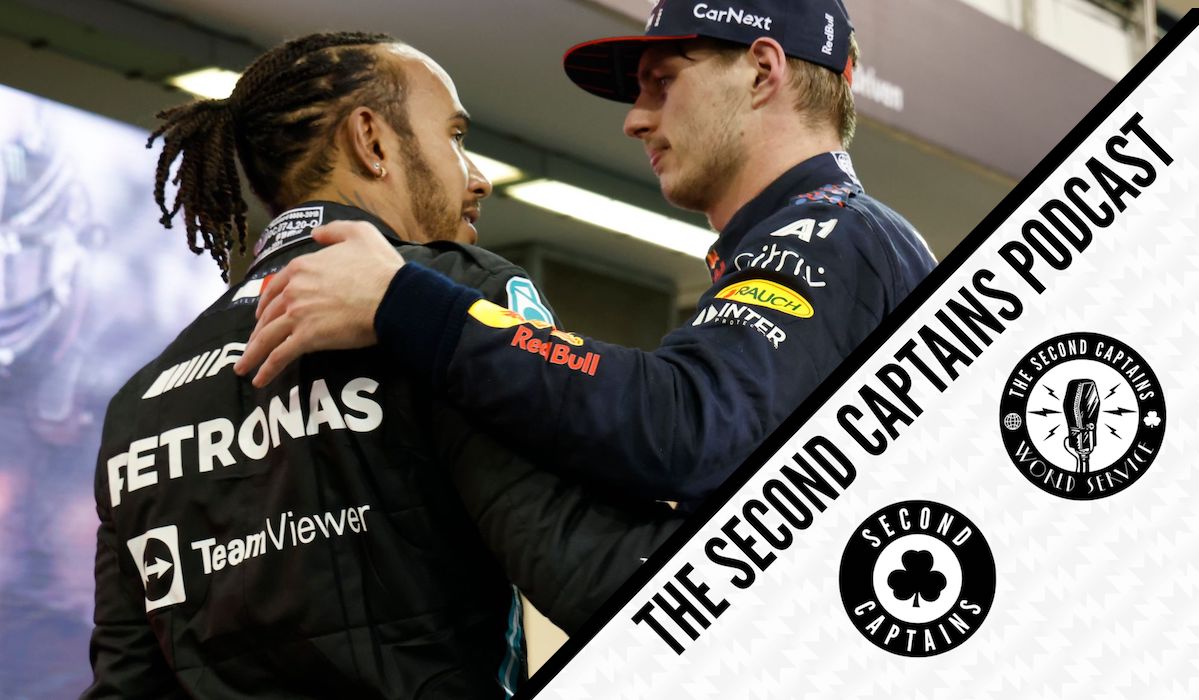 Episode 2211: Welcome Back To The Home Of Formula 1, Second Captains

The unique charms of Formula One have largely been lost on our presenting corps over the last 25 years or so, but it came roaring back into our collective consciousness this weekend. Max Verstappen and Lewis Hamilton have been engaged in a thrilling battle for F1 supremacy this season, and it all came to a climax in Abu Dhabi yesterday as thrilling racing, ridiculous TV access to the inner workings of the drivers’ respective teams, and high-level on-the-hoof chicanery from the race directors combined for a hilariously entertaining afternoon.

this is what happens when a sport decides to turn itself into scripted entertainment. rules stop being rules. the only guiding principle is what sells the product

Eoin and Murph speculate wildly about a great many things they know little about, Ken says he’s still a chariot-racing man, and we set up a big weekend’s rugby chat coming up tomorrow on the World Service. Any and all queries, comments and complaints about the delay in today's football show can be sent directly to UEFA headquarters. Thank you.

A lot of people will know @bigwanderson1 from the time he faced down the NZ Haka, but that moment of theatre pales into insignificance compared to the rest of his life. A great book, an incredible life and a great chat with him on today's show:https://t.co/iZRpTo6QLi pic.twitter.com/e4IJ04XPQv