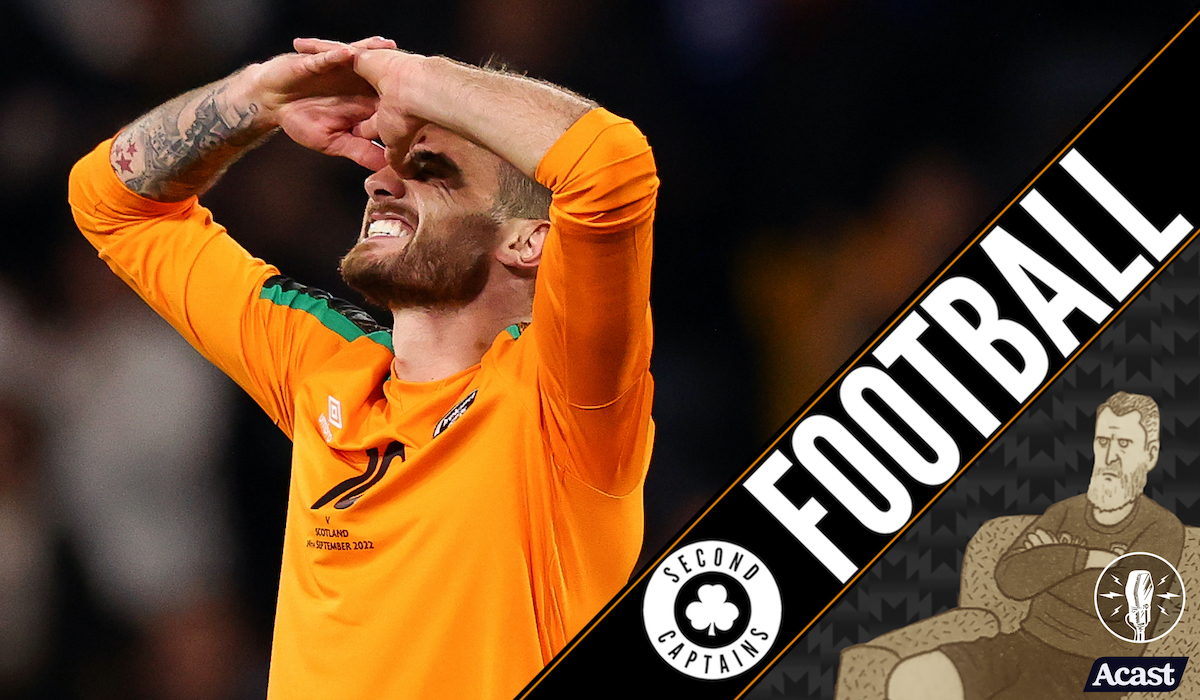 Ireland have done it again, starting well and taking the lead against a higher-ranked side away from home and then going down to defeat in the second half. We analyse the game and some of the criticism that has followed. We also discuss some recent interviews with Mark Lawrenson and Eric Cantona. Dion Fanning and Kieran Canning join us to talk about the match at Hampden. As we fight to stay positive, can we take heart from Scotland’s development over the last few years? and to look ahead to Nations League B new boys England’s dead rubber against Germany tonight.