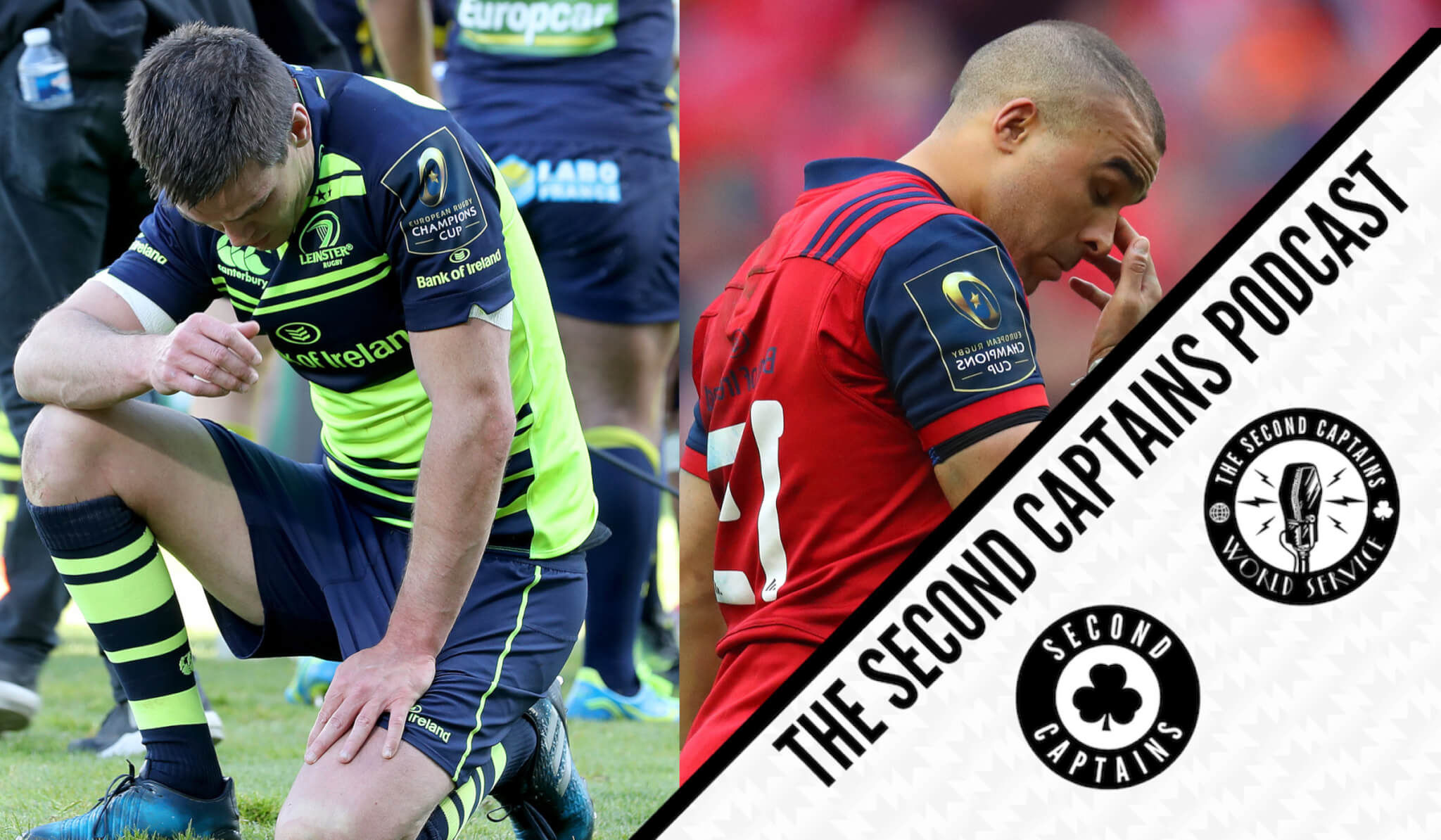 Leinster and Munster bowed out of Europe this weekend, with plenty of what-ifs for both sides.

Leinster will feel they had plenty of chances to beat Clermont in the south of France yesterday, and Munster similarly would love to have another crack at Saracens after they failed to raise a gallop in the Aviva on Saturday. Shane Horgan and Liam Toland acknowledge all the financial advantages of English and French clubs, but warn against the idea that we should be satisfied with losing semi-final appearances in this country.

Are Galway favourites for the Liam McCarthy Cup this summer? Michael Duignan and Malachy Clerkin discuss their stunning 16-point defeat of Tipperary in the National Hurling League final yesterday. And after marking your card last week, Ilie Nastase confirmed his status as one of sport’s biggest assholes this weekend.

Our Monday shows are available to everyone. However, to listen to all our programming, become a member of the Second Captains World Service. It’s independent, commercial-free, member-led broadcasting with daily shows and lots of added extras. Join us today.