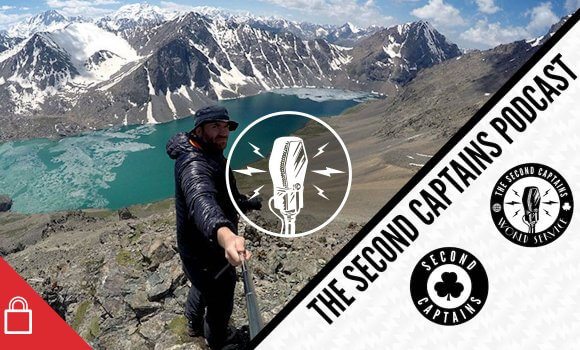 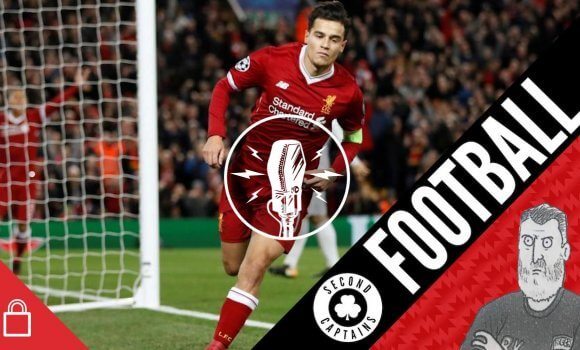 In the 1970’s, the Ladies Gaelic Football All Ireland Final wasn’t a prime-time event, that was until the media got hold of news that a nun was getting special dispensation from her Mother Superior to allow her to represent Roscommon in the 1977 final against Cavan. We talk to Sister Pauline Gibbons on the show about her memories of that time.

GAA Football Nun
Pauline Gibbons is the first nun to line out in an All Ireland Football Final
WATCH: #OnThisDay 40 years ago https://t.co/AmDZtpv3Hg pic.twitter.com/pNSXXe0uOM

US Murph has arrived in Ireland from San Francisco, and fresh off his Aer Lingus flight, he joins us in studio today, bearing some mysterious gifts.

Batten down the hatches, @SecondCaptains. Not only is @AerLingus flying me over, they’re doing so with Mariah Carey—->Wham! Xmas music double dip piped in gently. #BusinessClass pic.twitter.com/3To7pT3tiQ You’d think Russia getting banned from the Winter Olympics would be a positive week for the fight against drugs in sport, but all it’s done is shine a light on FIFA’s loyalty to Putin’s deputy Prime Minister Vitaly Mutko, the man in charge of the 2018 World Cup. Ken tries to appeal to the moral core of the people running FIFA to do something about it…

Good piece from @seaningle about Russia’s Olympic ban and FIFA’s disgraceful inaction. The IOC’s Bach is being disingenuous too – we knew more than enough in July 2016 to ban Russia from Rio. https://t.co/RsGvZx7Dol

Plus there’s Lineker’s PED logic, ‘The Women’s Programme’, Icarus and The Poor Clares.

The documentary that exposed it all. pic.twitter.com/3KnGWb6io2

On today's ????????? show we're joined by former Connacht and Leinster player Damian Browne (@auld__stock) as he tells us about his adventures in extreme endurance sports since rugby retirement – https://t.co/KZwd10v3XX pic.twitter.com/cgOMzZEsk5