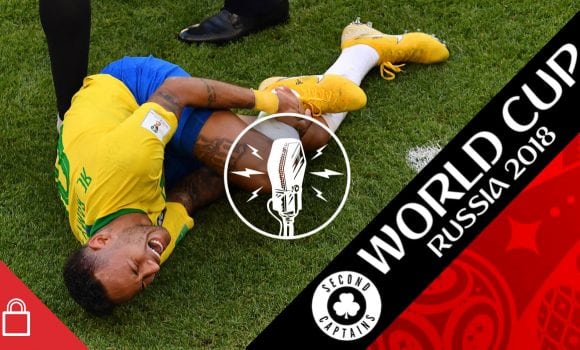 Episode 1205: England Face Their Nightmare Of World Cups Past And… Win On Penalties??!!

We are all grappling with the fact that this time, it might bloody well happen.

sweet jesus maybe this time it really is different https://t.co/AXaow91NK3

England probably aren’t going to win the World Cup, but they might very well be able to leave a tournament with their heads held high. Last night they rode their luck, suffered the cruellest of injury time blows, lost their heads and their legs for 15 minutes, and still managed to grind it out.

Ken was at the match, sitting five rows behind James Rodriguez, and he lauds England, while bemoaning the self-destructive Colombian play which threatened to derail them altogether at stages in the second half. Jonathan Liew of the Independent in London described the tetchiness of the encounters as akin to an episode of the Jeremy Kyle show in shorts, and he talks to us about the game-changing nature of the win given England’s horrendous record on penalties, why this time it feels better for fans, and the part played by Gareth Southgate in all of this.

The horror and the hope. https://t.co/qu5ghhnpUX

Plus there’s Ross Kemp’s “everything”, Wrighty joy, praising Dier, the supine Swedes playing the underdog game, and we ask the question – can we laugh at England, and yet still support them?

.@RichieSadlier is in love with the World Cup, and Belgium's comeback made him fall a little deeper. @kenearlys is fascinated and baffled by Neymar and his band of facilitators
?????????????????????????
https://t.co/WIZfocohoM pic.twitter.com/HGu3yKJc0y