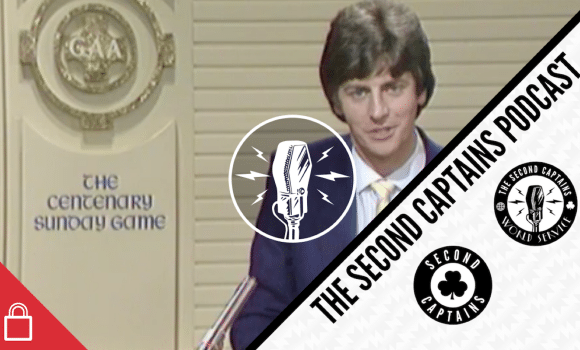 There’s been a lot of grousin’ and grumblin’ about Dublin’s dominance of the football championship. Don’t worry, Ken has a solution; he thinks there could be a lot of “synergies” if other counties were to group together and take on the mighty Dubs. He even has some names, marketable ones, ready to go.

the joint mayo-galway team could be called “wild atlantic way”

We get accused of being Free State, coastal elites by some Tyrone fans and Eoin has fresh news on Wayne Rooney’s now famous goal for D.C United.

US Murph is back from his holidays, and wants to talk about the return of Tiger Woods. Do we like new Tiger? Can we believe in new Tiger? Do we NEED new Tiger?

It was a beautiful thing to watch Tiger Woods yesterday. pic.twitter.com/gpQn82wIRd

The University of Maryland President Wallace D. Loh has said the school “accepts legal and moral responsibility for the mistakes” made by its athletic training staff at a college football workout in May that ultimately led to the death of 19-year-old offensive lineman Jordan McNair from heatstroke. We ask Brian about the American institution that is the tough, macho, no nonsense, drill instructor football coach, and if we are entering a new era of enlightenment.

Several players and personnel close to to the Maryland program describe a culture of fear and intimidation in the run-up to to OL Jordan McNair’s death. https://t.co/cKCzLJMXoT

Plus there’s Joe Brolly’s milkshake, defending the latte, and Sergio Ramos chews on the Liverpool bone.

“This is not the first final he has lost.”

Real Madrid defender Sergio Ramos has hit back at Liverpool boss Jurgen Klopp as the feud between the two continues to smoulder. ????#RMCF #LFC pic.twitter.com/1KCRAOzM36

Thanks for the phenomenal reaction in Ireland & abroad to our recent show with Gary thanks to @CadburyIreland. Listen to the full pod here????: https://t.co/GkDCxBKiRI pic.twitter.com/BRNJoUJdSD

We talked to Gary about mistakes he has made and how he has learned from them, how he lost and regained his confidence, and how his time as manager at Valencia impacted him personally @CadburyIreland https://t.co/GkDCxBKiRI pic.twitter.com/TN7Z2uqae2