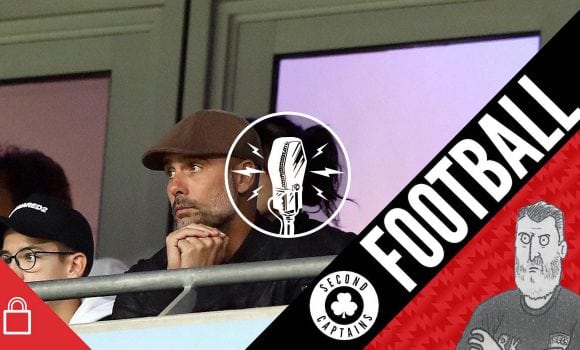 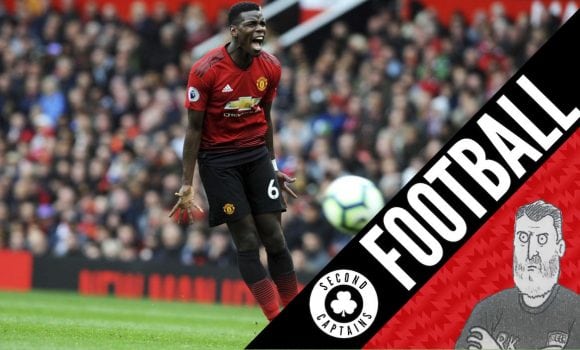 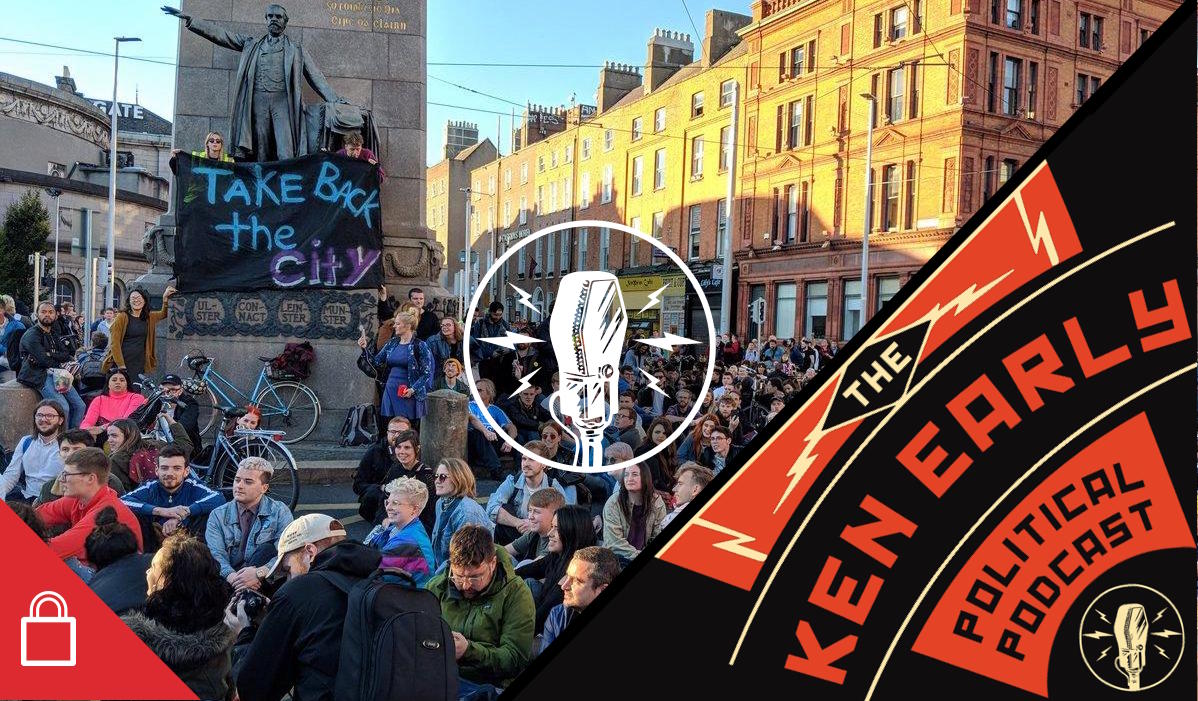 Episode 1272: The Housing Crisis, The Nature Of Protests, Blueshirts And Balaclavas

What did you think when you saw this picture?

Activists occupying North Fredericks removed from the property, by men in balaclavas, garda public order unit also on the scene outside the building pic.twitter.com/XGI6ZTu1Vz

Enough people were outraged by this image to ensure the protest on North Frederick Street the following day was one of the biggest in the history of Ireland’s housing crisis so far, and it feels as though bigger ones are to come. 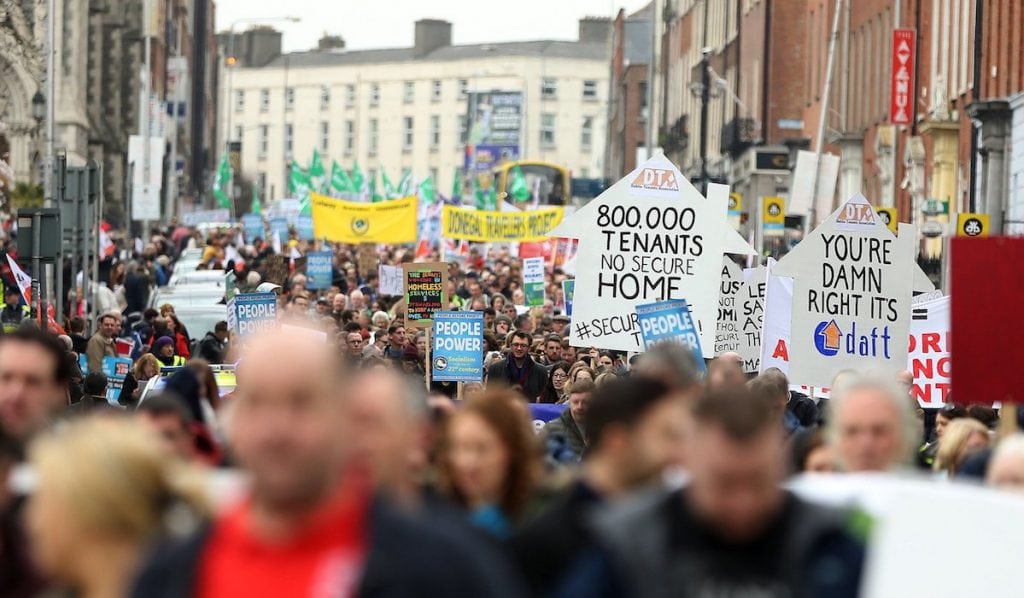 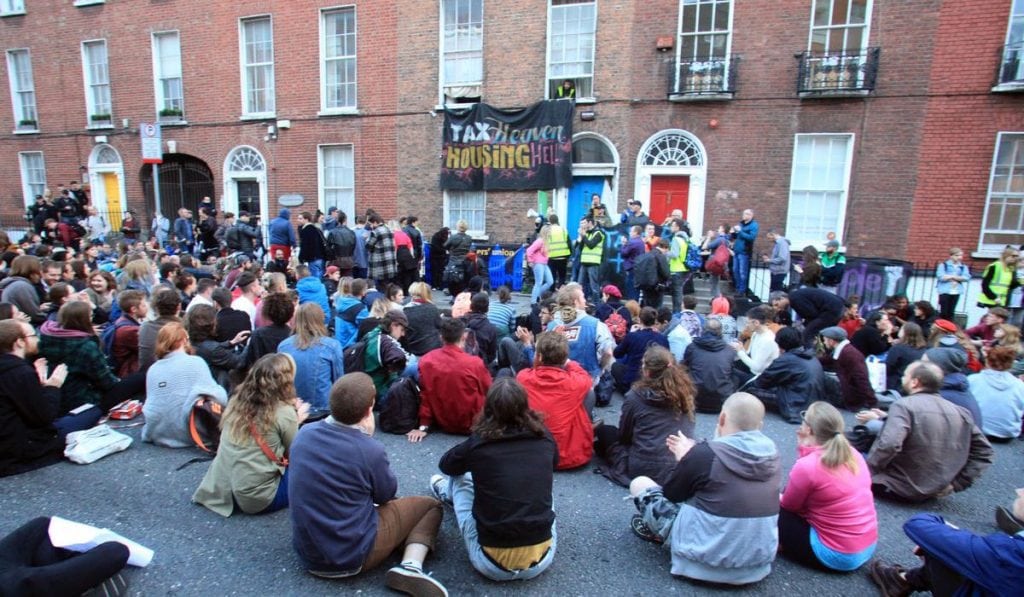 As more and more people struggle to rent or own a house anywhere near where they work, Ireland is fast approaching an inflection point.

We’re sitting down and taking back the city! Join the protest #TakeBacktheCity pic.twitter.com/tKmUfAFEYf

Fintan O’Toole: It is insane to look to developers to solve housing crisis https://t.co/JPzt3QdQRB via @IrishTimesOpEd

Joining us in studio to discuss the housing crisis is Aidan Regan, lecturer in the School of Politics and International Relations in UCD, and a previous guest on episode 965 – a year ago today.

“In terms of our urban landscape, dereliction is legalised vandalism for the property-owning classes”. https://t.co/kvVyV9fcUG That should be graffitied all over the city! spot on @davidmcw

1. A thread on the tug of war between private property rights (capitalism) and democratic social rights (democracy), within a metropolitan city with massive housing shortages #TakeBackTheCity

We talk to Aidan about the origins of the crisis, the reasons for the government’s slow response, the lack of a challenger party in Ireland, politicised youth, and the effectiveness of street protest.

We talk about the first round of matches in the Champions League – a bad week for petrodollar superclubs and Tottenham, a good one for the traditional big red clubs.https://t.co/Um2JaUIdQj pic.twitter.com/zlsExpeerV

The lure of violence, trusting nothing and nobody, Brexit in NI, and the challenge of making a movie over a 5 year period – @kenearlys with director and writer of @AMotherBrings @SineadEOShea https://t.co/FaqPpnpBpz pic.twitter.com/Ycml0ptWc3