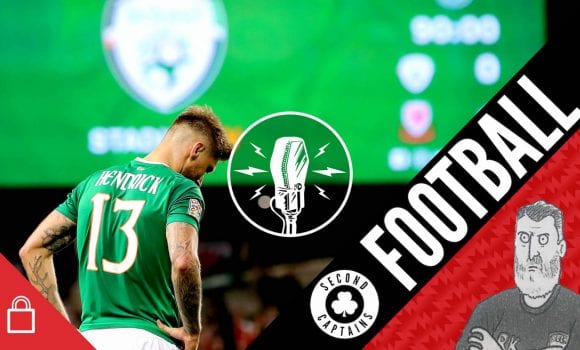 Episode 1293: England The Entertainers, David Humphreys On Signing Danny Cipriani, The Games That Made The Heineken Cup

Gareth Southgate’s England produced one of their best performances of the last 20 years when they beat Spain 3-2, with three goals of sublime quality, and one tackle on Sergio Ramos that has already inspired a Bayeux Tapestry mock-up and (probably) a surge in the English economy.

I want Eric Dier’s tackle on Sergio Ramos played at my funeral.

“The 2010s were a decade of national decline for Britain, but historians now believe that the progress of the 2020s all started when Sergio Ramos tried to play out from the back in an UEFA Nations League game in Seville in October 2018.”

Miguel Delaney was in Seville to see Gareth’s Goladors in action, and see Harry Kane’s transformation into Dennis Bergkamp.

Few could have imagined football like this from England when Southgate got the job and, while they have changed, are there examples of managers who have changed as much as Southgate?https://t.co/30Oj1ajVLY

We also talk to Ulster and Ireland legend David Humphreys about his role as Director of Rugby at Gloucester, as they prepare to travel to Thomond Park for Round 2 of the European Cup next weekend. What exactly does it take to be a Director of Rugby, why take a risk on Danny Cipriani after all his off-pitch travails, and is it much harder to run a club in England with owners to answer to, profit pressures and equity firms sniffing around the league.

Cipriani – Genius – Not in the England squad ???pic.twitter.com/pHt0VvroS2

England’s Danny Cipriani has been fined £2,000 after an assault in a Jersey nightclub.

Plus there’s Joe Rogan, Leo The Lion, two games that made the Heineken Cup what it is today, and some good old-fashioned shilly shallying and flim-flammery. Joe Brolly has called for the UFC to be banned, and Ken can’t believe that he’s talking about the Ultimate Fighting Championship and not the Ulster Football Championshiphttps://t.co/7tjAHeLKIY pic.twitter.com/aDRZZGFtAa