listen
Episode 1328: Irish Sporting Managerial Merry-Go-Round – Schmidt Out, Farrell In, Stephen Kenny In (In A Couple of Years) listen
Episode 1330: Brexit And The Politics Of Pain With Fintan O’Toole 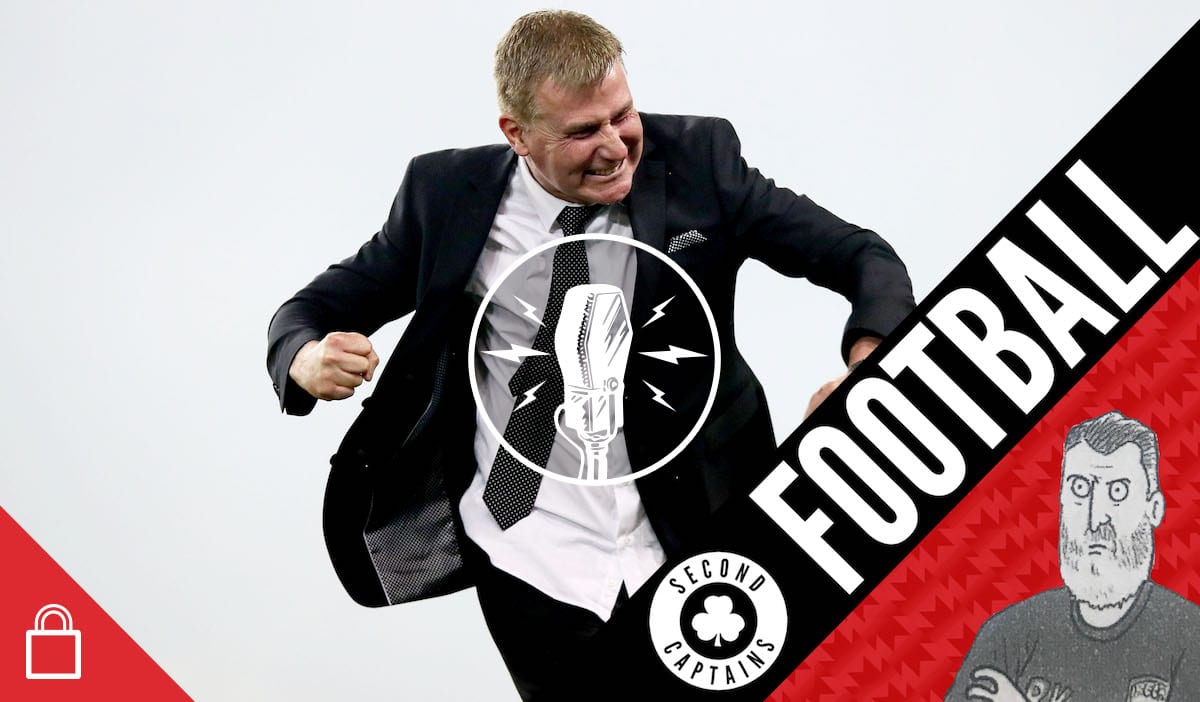 The Champions League is back this midweek but first we have to finish digesting the FAI’s weekend news bomb. Richie Sadlier joins us to give his view on the McCarthy-Kenny succession plan. Ken fights back against the tide of unreason surrounding David Luiz.

@SecondCaptains Lads as a Spurs fans please tell me there’s a premier league round up podcast on the way!?I really want to hear @kenearlys talk about what a world class defender David Luis is!

@SecondCaptains can’t believe no-one has sent this to @kenearlys yethttps://t.co/OhEaTpaj8L

Argentina – the country that cares about football too much? It appears to be in a perpetual state of histrionic frenzy – explaining the national team right now, and the weekendhttps://t.co/J6sFZYWT4f

Mick McCarthy has a super power, as revealed by Ken on Monday’s showhttps://t.co/EBjH7s0zSA pic.twitter.com/QuDjhxpy9b

The game that could change America’s Game