listen
Episode 1674: McGregor Does The Maths, Garry Ringrose On Stuesdays And Psychometrics, Jim Carrey On 23, Frances Murphy On 2020 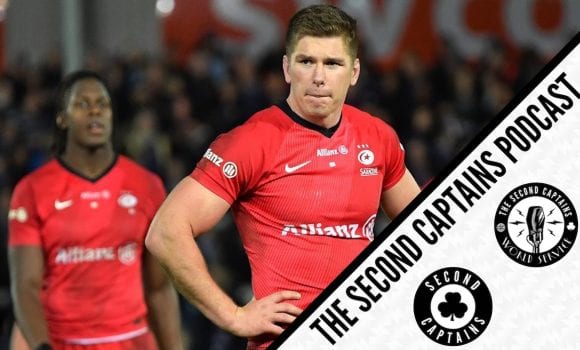 Liverpool continue to sweep all before them and yesterday’s victory at Anfield made it 21 wins in 22 matches. About such near-perfection, what is there left to say? So naturally much of this podcast is about Manchester United. The heated viral argument between Keane and Carragher illustrated the tension at the heart of a struggling institution. Does Ole deserve more time? Has he been as selfless a custodian of the club’s long-term interests as he makes himself out to be?

solskjaer the player suffered as a result of his mind-over-matter attitude to injury and recovery. the tradition is alive in a new generation of warriors https://t.co/li6FFMqyFF There’s also talk about Chelsea’s antisemitism initiative and Steve Cook’s approach to game theory, before Mark Critchley and Jonathan Wilson join us to give their reaction to the game at Anfield and their analysis of where the two sides are at.

Manchester United were spared a thrashing today but sooner or later one is coming. It may even be needed. https://t.co/BJvHclih6H

Could this be Liverpool’s greatest ever team (and what is greatness anyway)? https://t.co/1w1ANcNX0E

Is the fact that Liverpool are currently playing with an extra man/deity in the team in contravention of FIFA fair play rules? We ask if a player's religious fervour should be included in the data analytics https://t.co/alMFyaK563 pic.twitter.com/l50fcLyDW9