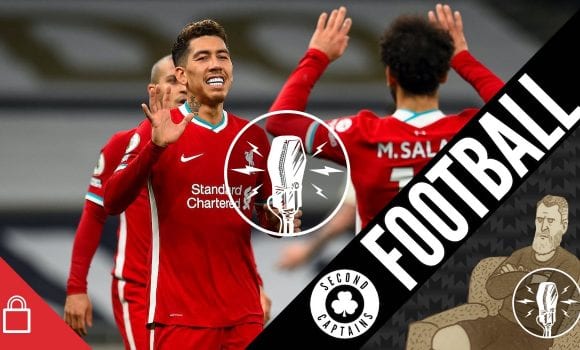 Whenever the directors at Barcelona are faced with a crisis, they fall back on the programming of their Barca DNA: whatever the situation, simply add more smoke, mirrors, cloaks, daggers, secrets, spies and lying eyes, and wait to see what happens. This is how they can pay a guy more than half a billion euros over four years and still have him hate them with the fire of a thousand suns.

Ronald Koeman has called on Barcelona to sack any employee that may have been responsible for leaking details of Lionel Messi's contract to the press.

We also discuss some of the Premier League weekend talking points, such as whether Thiago is the new Juan Sebastian Veron. Thiago for Liverpool vs. West Ham:

Jacob Steinberg and Alan Smith join us to discuss whether Jose Mourinho can make it to the end of February, and whether there is any hope for Gareth Bale.

Wishing Gareth Bale luck in completing his couch to 5k this spring. The clock starts to tick on little Tommy Tuckelhttps://t.co/t5zuerWnpV pic.twitter.com/OeFPyUPOX0

Today, George Gibney’s photo was published in the @IrishTimes. As we approach 2 million listeners to the podcast, the story isn’t going anywhere.