listen
Episode 1966: City On A Spree, The Great VAR Conspiracy 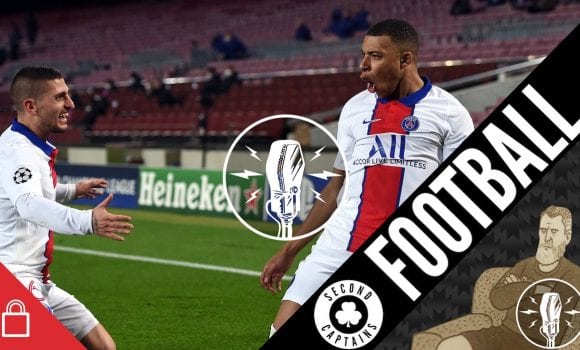 Episode 1967: The Ongoing Abuse Of James McClean, Being Irish In England, Tuchel’s Tutelage

We talk about the continuing abuse directed at James McClean, discuss the reaction of authorities and former teammates, and consider the different answers people have come up with to the question of how to be Irish in England. Watching him deal with this his entire career, so just having my say after 9 years of constant abuse. pic.twitter.com/5nEyujhpZw

We look at the ways in which Thomas Tuchel has already improved Chelsea, who may now be European contenders. As the Champions League returns, we talk to Miguel Delaney about why debt, rather than greed, is the real threat to European football’s status quo.

Eoin asks Murph to kindly expand on his belief that Tom Brady is a 'garbage human being' as well as being the greatest of all time https://t.co/mZmOjvxxn4 pic.twitter.com/gBWg0EELwz