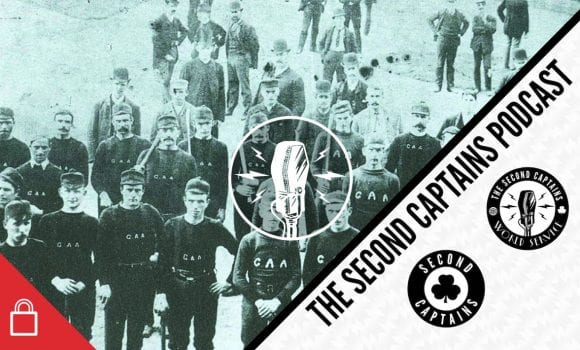 listen
Episode 1302: The First All-Ireland Hurling Final, The History Of Faction Fights, The Making Of The Modern GAA Melee – Paul Rouse And “The Hurlers” It was a Champions League round when Liverpool finally remembered how to play well and Mo Salah celebrated his 50th goal in 65 matches – a start so phenomenal that the rest of his LFC career is almost guaranteed to look bad by comparison. Tottenham meanwhile are already almost out of the competition: bad luck plus tough group equals probably early elimination, but could this work to their advantage? Jonathan Wilson joins us to discuss the midweek CL – what’s wrong with Hugo Lloris, is Italian football coming back, why don’t Manchester United throw caution to the winds and attack?