listen
Episode 2362: A Daunting Tour To NZ For Ireland, South Africa Storm The URC, The Warriors Are Back To Winning, Saltily 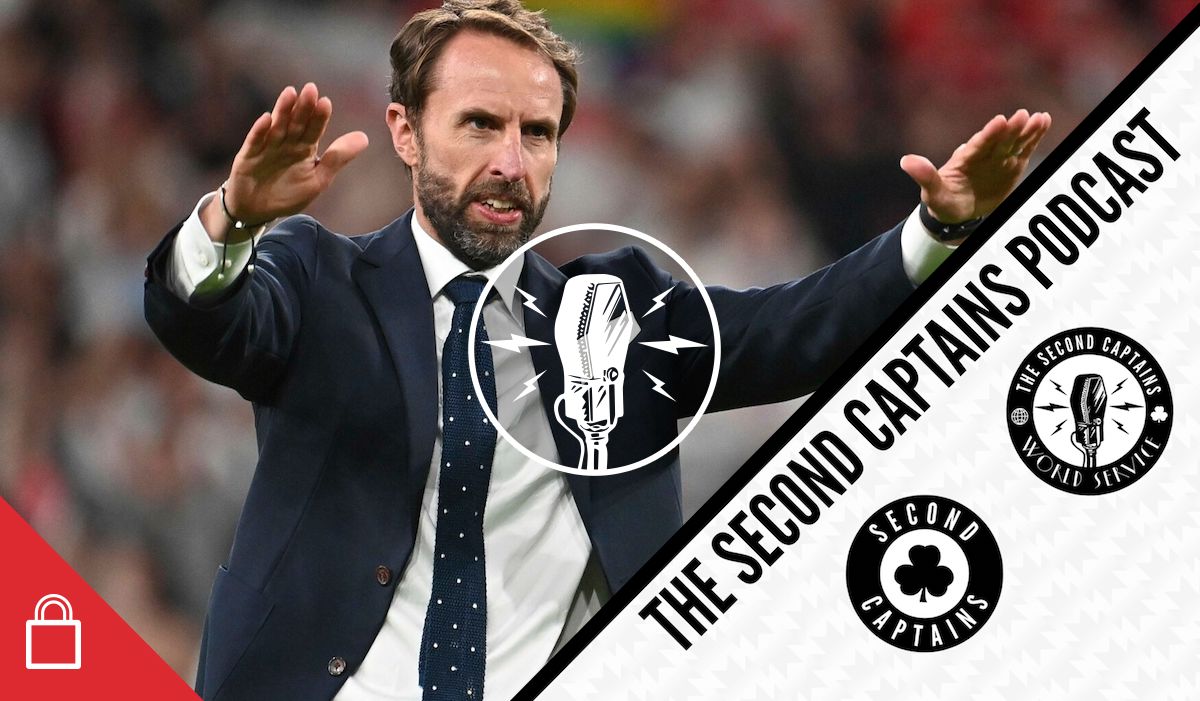 Episode 2361: A Nation Demands The Head of Gareth Southgate, Jamie On This Weekend’s Hurling Quarter-Finals

The media were the ones who used to take down England managers, but this time it’s the people who want the head of Gareth Southgate.

The endless England of England https://t.co/qyaF2wrg2i

His results in major tournaments have been impressive, a semi final and a final, but after a 4-0 home loss to Hungary and a series of listless displays in the Nations League, his political enemies have made their move. Ken looks at the ongoing culture wars in England and tries his best to separate Southgate’s football performances from the media performances. We’re then joined by Jamie Wall to talk about the GAA’s problematic disciplinary procedures and the reality that if players continue to be let off for their very obvious indiscretions – as has just happened with Clare’s Peter Duggan & Rory Hayes, and Galway’s Cianan Fahy – someone will eventually get badly hurt (24.31). There’s also the All-Ireland hurling quarter-finals and the difficulty of speaking about Galway without reverting to conversations about mindset and hunger, what Cork’s struggles against Antrim say about them, Clare-Wexford caginess and the possibility that Clare could be hamstrung by the huge performance they put in against Limerick.